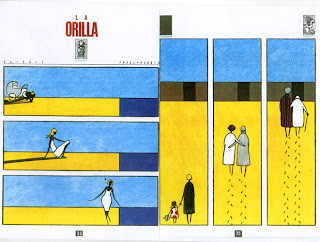 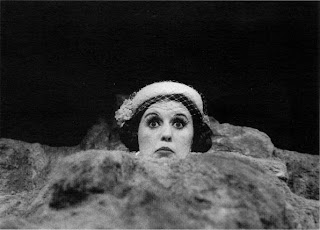 Last century's late seventies, early eighties in Madrid are known as "la movida" (the scene). I could try to talk about it here, but I'll quote from this site instead (http://www.whatmadrid.com/la-movida.html): "Madrid, November 19, 1975. Dictator Francisco Franco dies and, with him, 36 years of repression and censorship. The transition to democracy begins." [...] "Madrid's newfound freedom of speech and expression prompted its citizens to do, well, anything and everything. Call it what you will - hedonistic, flamboyant, debaucherous, subversive, perverse, libertine - the overall sentiment was taboos don't exist and the harder you party, the better." [...] "It's not often a politician openly and avidly supports a counterculture movement. But then again, Enrique Tierno Galván was not your conventional mayor. Forced out of the Spanish university system in the 1960's for leading student protests against the dictatorship, Tierno Galván returned well-weathered from his tenure at Princeton to jump into transition-era politics. "The Old Professor," as he was affectionately called, believed that La Movida was extremely healthy for post-Franco society."
I stop quoting when, as usual, comics are forgotten.
At the end of la movida, mayor Tierno Galván still supported a comics mag: Madriz (first issue: January 1984). I have a caveat though. It wasn't exactly the municipal government that payed Madriz. As we can read in issue number one, the "Consejalia de la Juventud del Ayuntamiento" (the municipal youth council) payed the magazine. This means that, as usual again, with or without movida, comics were seen as entertainment for kids. Fortunately one of the greatest writers that ever wrote for the art form, Felipe Hernández Cava, was chosen to be the mag's editor. (Federico del Barrio collaborated with Felipe H. Cava in a couple of projects that deserve their own post.) That changed everything and Madriz was aesthetically ambitious and completely mature. It truly is one of comics' greatest achievements during the eighties, on a par with Raw magazine. (Great artists who published in Madriz: OPS, LPO, El Cubri - Felipe H. Cava, Pedro Arjona, at this point -, Raúl, Ana Juan, Fernando Vicente, among others...)
Federico del Barrio's contributions to Madriz started in issue # 1 with "Palmeras en Madrid" (palm trees in Madrid). He would publish a lot more highly atmospheric, stream of consciousness, short stories in there.
"La Orilla" (the shore), written by Elisa Gálvez, appeared in Madriz # 13 (February 1985). It's just two pages long (see above) working as a double-page spread. Concise as it is, it's one of comics' most analysed works; by Thierry Gröensteen in Système de la bande dessinée (1999: 46 - 48) and its American translation: The System of Comics (2007: 38, 39) or Viviane Alary in The International Journal of Comic Art Vol. 5, No. 2 (Fall 2003: 18 - 26). So, I have nothing new to say, I'm afraid. Viviane's analysis is a bit more complex than Gröensteen's (who's focused on the aesthetic use of double pages only), but I'll stick mostly to the latter.
"La Orilla" tells the story of a woman's life in six panels. Three on the verso, three on the recto. Horizontal panels symbolize an easier time; vertical panels are seen as upward moments in life towards the only possible conclusion: death (the black rectangle; in addition to said geometrical form, we can see as paratext: the sphinx - connected to the three ages' riddle; the three-headed Cerberus: wolf: old age; lion: midlife; dog: youth). The foot prints and the woman's movements write the letter "V" for "vida" (life).
Images:
La Orilla by Federico del Barrio (a) and Elisa Gálvez (w): Madriz # 13, February 1985; Elisa Gálvez plays Samuel Beckett's Winnie (September, 1996).
PS In 1992 Elisa Gálvez and Juan Úbeda created El Canto de la Cabra (the singing of the goat), a Madridian alternative theatre company. The ensamble presented several plays written by Federico del Barrio: El día que voló Renata (the day in which Renata flew), 1993; Viaje al Tártaro (voyage to Tartarus), 1994; Caín (Cain), 1998; ¿Qué? Nada (what?, nothing), 1999.
Posted by Isabelinho at 7:50 AM

Hi Domingos. I always thought you were one of the more erudite posters on Comix@ (happy days), and I'm loving your blog. Just wanted you to know, so you don't think you're posting in a vacuum. More please!

Hey Brad! Thanks! That's great to hear. I'll try to do my best, at least as long as my list doesn't end. I can't promise real criticism though. A blog's rhythm kind of goes against it.