If you remember Changeling, a film with Angelina Jolie (Catherine Collins) directed by Clint Eastwood, you can certainly recall how the main character is imprisoned in a mental institution just because she's a political nuisance to the LAPD. She is (and the film is based on a true story) a political prisoner in a supposedly democratic and free country. (Unfortunately I'm not naive enough to believe in the democracy charade, but I'll spare you my rant about it.) Psychiatry facilities were political prisons in disguise.

The same happened to Skippy's creator Percy L. Crosby who passed the last 16 years of his life confined in Kings Park Psychiatric Center in New York. Meanwhile he was robbed of millions because Skippy became a peanut butter brand belonging to crooked corporations. Read all about it.

My father did not live to obtain his freedom, and died in poverty, but his courageous spirit lives on in his famous Skippy character. In his place, I have taken up Skippy's struggle for freedom from his captors, who tried to sue me into silence while seeking restitution for an unquestionable miscarriage of justice. To bow down to corporate fascism is the antithesis of Percy Crosby's patriotic concerns and purpose in using Skippy to satirize Capone and his racketeers: to expose the dangers of "criminal supremacy" gnawing away at American values. Corruption is everyone's business, whether in the courts, government agencies, Congress, or among Wall Street bankers and corporate oligarchs. It is the evil today that has left millions unemployed, hungry, with foreclosed homes; justifiably angry that their life savings have been depleted.

Hear, hear! Truer words were never spoken! Corporate and financial fascism is what we're enduring in our beloved plutocracies. 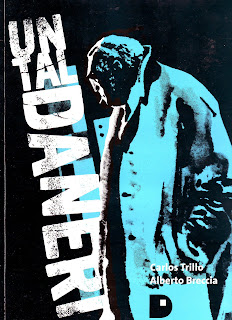 Another member of The Crib's pantheon passed away (last May 8 this time), Argentinian writer Carlos Trillo. I especially like his work with Alberto Breccia: Un tal Daneri, Buscavidas, Viajero de gris (the gray dressed traveller). Needless to say that these are the books that people mostly forget in the obituaries on the www (they prefer to mention more commercial work). That's why The Crib is different, of course...

I'm Back at The Hooded Utilitarian

Since my impediment was removed, I'm back at The Hooded Utilitarian. I hope to post at The Crib also though. The last time that I said the above I didn't comply. I hope to post at least once every two weeks or so this time. Not a great rhythm, I know, but it's better than nothing, I suppose.
Posted by Isabelinho at 6:22 PM 2 comments: 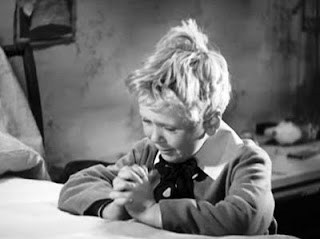 Jackie Cooper, who played Skippy on the silver screen in 1931, died last May 3. Cooper was nominated for an Oscar at the age of nine. 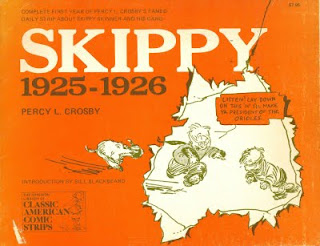 Bill Blackbeard, without whom my Crosby & Schulz post wouldn't be possible, died last March 10. A big thank you to you, gentlemen!
Posted by Isabelinho at 3:44 PM No comments: