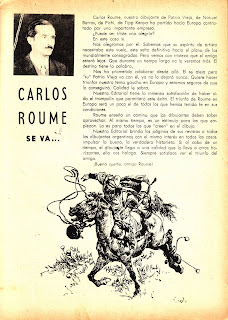 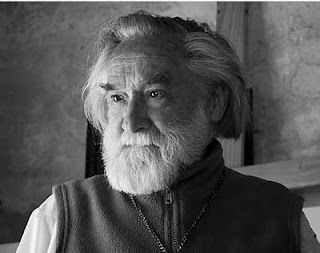 The Crib is one year old, but, unfortunately, I'm not in the mood to celebrate because, according to Mariano Chinelli at the Eternautas discussion list, Carlos Roume passed away last week. I'm very sorry because another of the greats has disappeared. I love his work (I think that he's highly underrated - almost no one cared enough to talk about his passing), but I never met him... Now I never will...
Images:
Another great comics artist (a writer: Héctor Germán Oesterheld, I bet...) says goodbye to Carlos Roume when he left Argentina to work for Fleetway in England (Frontera Extra # 11, September, 1959). He says, among other things: "He's going away, but "his" Old Homeland [Oesterheld plays with the title of one of their series: "Patria Vieja"] goes with him. He wants to turn our gaucho themes famous in Europe. We are sure that he will succeed. He has more than enough talent to do it."
It seems to me that Oesterheld was wrong though: as far as I know Carlos Roume never found another writer like him. As many others during most of the 20th century he may very well have wasted his talent doing mediocre genre comics for children...
A more recent portrait of the maestro, found here: http://tinyurl.com/yb96z8b (photo by Rubén Pinella, Tandil, October, 2007).
Posted by Isabelinho at 5:03 PM 3 comments: 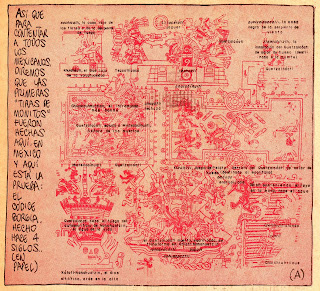 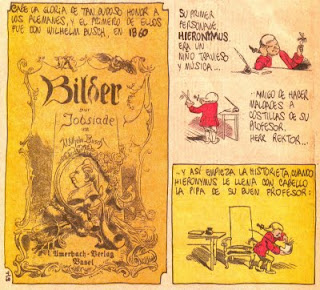 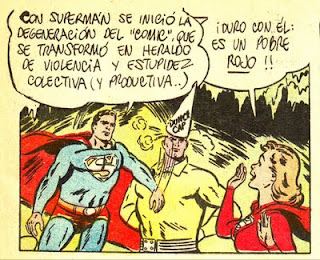 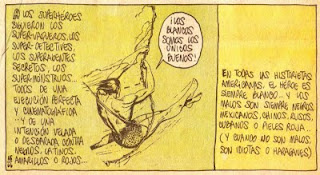 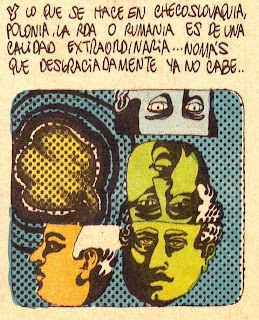 Images:
1. Las historietas starts with an highly flawed history of the medium; in this first image Rius almost falls into the temptation of what I call the nationalistic fallacy (he says that the first comic was created in Mexico: it's the codex Borgia: http://tinyurl.com/y8dse9n)...
2. ...but he refrains himself saying that the first comic was published in Germany by Wilhelm Busch: Bilder zur Jobsiade (pictures to illustrate the saga of [Hieronymus] Jobs; my flawed, I'm sure, translation); not only did Rius say that the book was published in 1860 (predating Max und Moritz - 1865; Bilder zur Jobsiade was published in 1872), he also ignored Rodolphe Töpffer (and I must add the disclaimer that I don't believe that Töpffer did the first comic); other names were ignored and facts mistaken;
3. even if Rius liked some American comics (Prince Valiant, for instance) he had a strong dislike of the superhero genre: "With Superman comics began to "degenerate." They became the herald of violence; of collective (and productive) stupidity" / "Be tough with him: he's a poor pinko!!" (my translation as in 4., 5., 6.);
4. "After the superheroes came the supercowboys, the superdetectives, the super-secret agents, the supermonsters... All perfectly and cinematically executed.. In a veiled or openly biased intention against Blacks, Latinos, Yellow or Red people." / "We White people are the only goodies!" / "In all American comics the hero is always white.. and the baddies are always Blacks, Mexicans, Chinese, Russians, Cubans [are these red?, ed.], or Redskins.. (When they're not baddies they're idiots or lazy)."
5. I'm no expert in comics from the former communist countries, but we seem to have to believe Rius' word when he sez that great comics were produced in Czechoslovakia, Poland, et al!... I agree with more than one of his criticisms (as you can guess reading The Crib), but this manichean belief that everything was bad in Capitalist countries (and Rius doesn't say that, mind... as I said before he states his fondness for a few American comic strip series) and everything was great in the so-called communist countries is far from an intelligent and critical position...
6. Rius also wrote in Las historietas about Mexican comics; he's critical of them because either they're imported from Gringo country or they're done in Mexico copying Gringo's ways; "In the same way as fumettis [telenovelas] Mexican comics serve the publishers' only interest" / "To sell." / "And what sells? What's gruesome, vulgar, what gives people violence, sadism, "love," false values, fantastic adventures, in a word..As Mr. Bertrand Russell (R.I.P.) put it: Opium of the best quality!"
Posted by Isabelinho at 1:36 PM No comments: