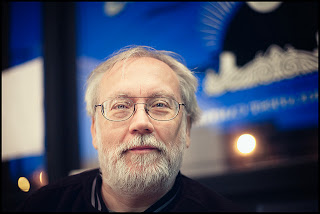 Kim Thompson didn't share the Crib´s taste in comics. However... unlike others, he always was civil in our discussions on the subject. He was very articulate in defending his (the subculture's) ideas proving that the fanboy cliché isn't always right. I can only think of two other of my opponents with an equally high intellectual stature: Arthur van Kruining and Tom Spurgeon. 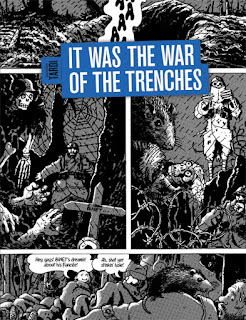 2. We did share an admiration for Jacques Tardi. Kim's most important legacy is the publication, against all odds, of the work of European cartoonists in America. Here's what he had to say about it: "The cold hard truth is that virtually every one of our foreign books excepting Jason (who I think more of as a “global” cartoonist, like Max Andersson) and some of the Tardis are basically breakeven at best, usually active money-losers. (And they usually only achieve breakeven-ness because I translate them in my spare time and thus we don’t spend any money on translations per se.) “
Posted by Isabelinho at 8:24 AM No comments: