Today I received an obscure short story by Francesco Guccini (w) and Guido Buzzelli (a). It's "Colpo di Stato" [coup d'état], published for the first time in Undercomics # 0 (June 1973) and republished in French in the album Démons (1980). The French edition is good enough, but the only reason I'm writing this is because the Italian edition is a tabloid (!). What a joy it is to look at this great artist's work at this size! What I ask myself over and over again is why is Buzzelli so underrated? In any other medium he would have been considered a great master. But comics are something else... we all know that, right?...


Posted by Isabelinho at 3:42 AM No comments: 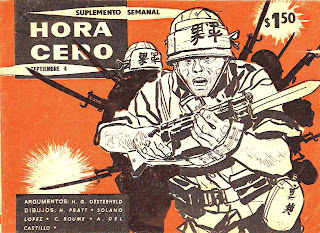 In Praise of Hugo Pratt While Lamenting How He Was Published 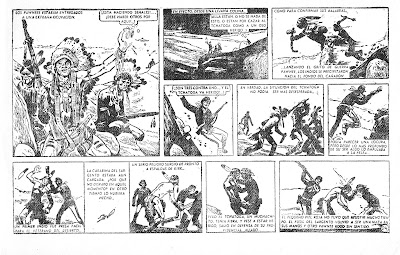 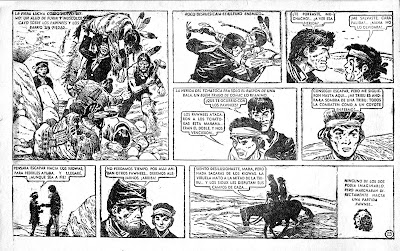 As you can see the production values are incredibly poor ruining what, I'm sure, were great original art pages. The layout is great with splash panels on the upper left, three tiers with great action scenes, more suggested than shown, drawn with a miniaturist's art (the effect almost reminds the American flag). The talking heads, full shots and silhouettes at the end increase the range of technical effects shown. Needless to say that I find the splash panels particularly well drawn and impressive. Here's another one from the same issue (page 26 of the series): 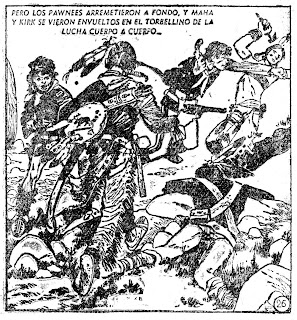 I'm not a formalist, but here's what would happen if I were and here's a practical demonstration of what happens when an actual formalist praises racist art; my favorite comment comes from Peter Sattler (even if Jacob´s and Darryl´s are great too); he puts the following line in a formalist's mouth: "I really like the subtlety of hue of this decapitation." As I was saying, not being a formalist I have to point out that this is not Héctor Oesterheld's finest hour. He dehumanized the Pawnees who became cannon fodder (the fact that Sgt. Kirk doesn't kill them - my translation -, "The sergeant's carbine was still loaded. Why didn't he shoot at that moment? In the past he would have[,]" doesn't change anything, really). It's also not credible that he would beat three Pawnee  warriors singlehandedly or almost... (with just the help of young Maha). Oesterheld was still at the beginning of his anti-racist Western, so, many genre conventions were still pretty much in place.

I dream of a true complete Sgt. Kirk reprint with today's production values and a respect for the comics' integrity (I mean the original layouts; the landscape format; original colors when colors were originally applied - by a great Stefan Strocen -; and black and white in the original black and white pages).

To give you an example of what I mean, here's how two of the series' pages were published in Portugal by Bertrand Editora (Sargento Kirk, Vol. 2, 1985, page 11; following the Italian Mondadori edition, which credits just Pratt, but that's a dead horse to beat on this blog by now, 1974): 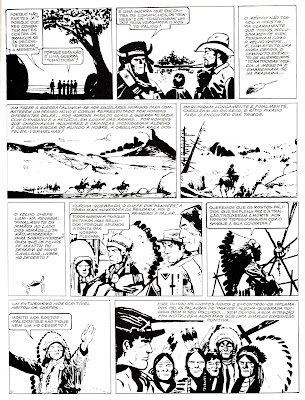 And here's how these two pages (merged into one above) were originally published: 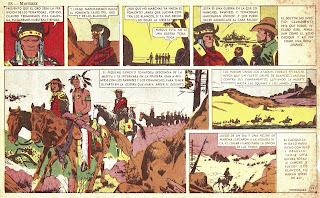 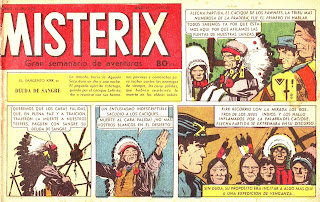 As you can see not only did one panel (the most spectacular of the lot) disappear because it didn't fit in the new format, but the "missing" parts of the last panel were added by some hack or by Pratt himself in a rush (other additions can be detected in other panels). I can't also stress enough how Strocen's colors are great. According to Dominique Petitfaux in Bananas (see below in another post) # 4 (page 36 - my translation): "Stefan Strocen's colors are remarkable: [he used] anti-naturalistic huge violent flat tints. A sky that can be lemon yellow in one panel, is violet in the next, and green after that... We feel in his choice of colors the influence (which Flora Rey [Strocen's widow] confirmed me) of Pop Art." How can anyone forget all this and butcher the series' reprint?... Wait!...Don't tell me... the answer is: a comics publisher not only can, he's willing to! 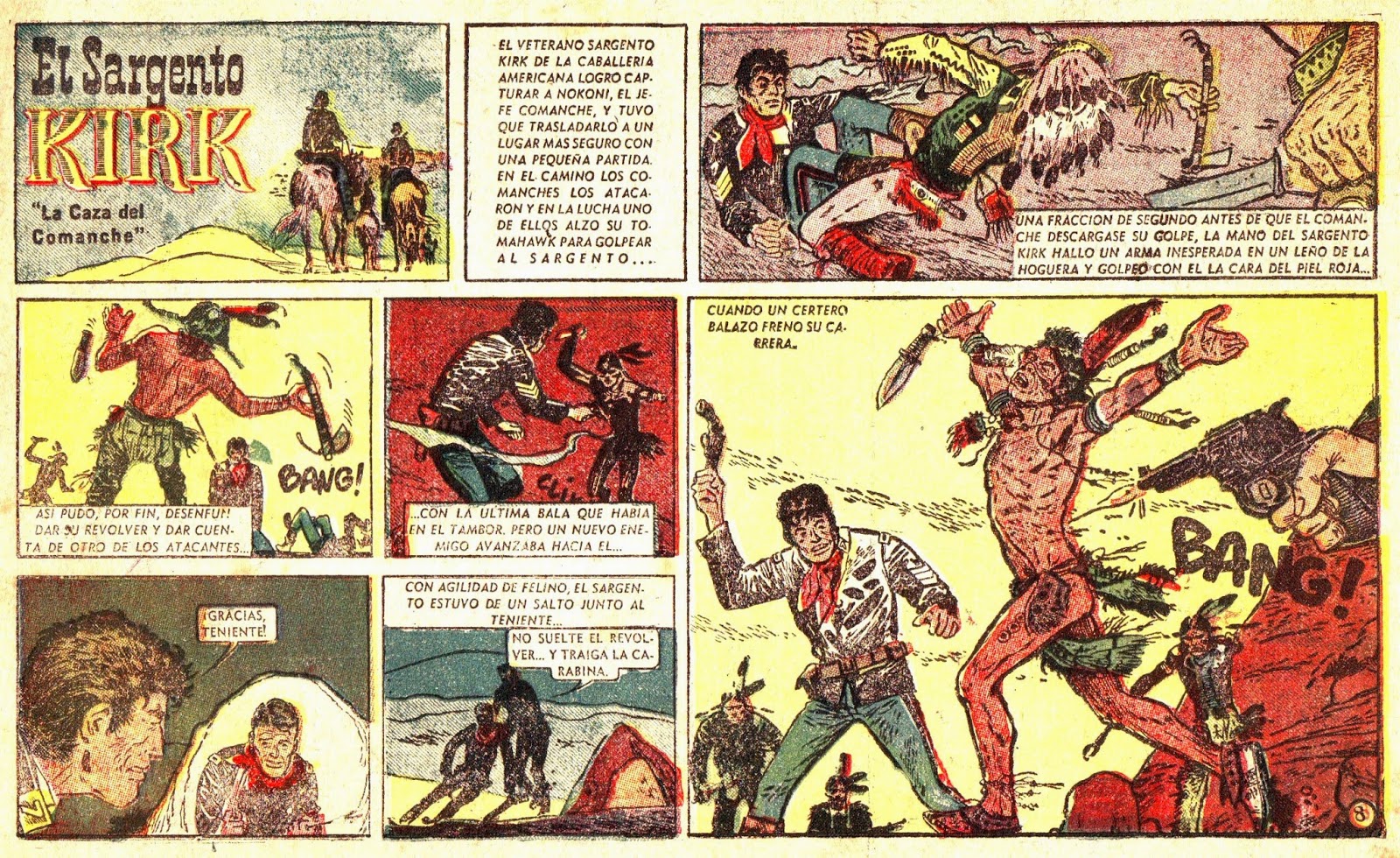