Julio Schiaffino was a chameleon who could imitate any drawing style. I remember him mostly for some of his covers for Frontera. Below is my favorite El Eternauta cover. 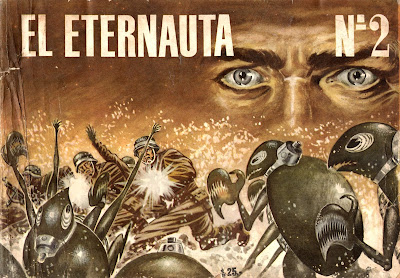 Leopoldo "Leo" Durañona started his career at Columba before he worked for Héctor and Jorge Oesterheld's Editorial Frontera. To me he will always be the illustrator of Héctor Germán Oesterheld's Latinoamérica y el imperialismo, 450 años de guerra [Latin America and imperialism, 450 years of war] serialized in the montonero magazine El Descamisado [the shirtless]. Living clandestinely already Oesterheld dictated his stories to him over the phone. Latinoamérica y el imperialismo, 450 años de guerra was published between July 24 1973 and March 26 1974. Leopoldo Durañona eventually fled to the United States saving his life, but I don't have a lot of interest in what he did over there... 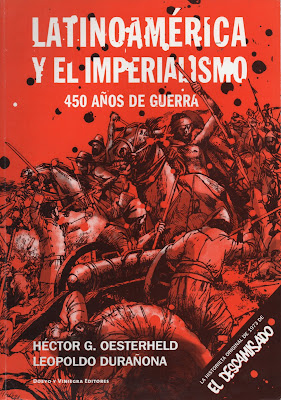