Bradford W. Wright wrote a book. The title: Comic Book Nation published by the Johns Hopkins University Press in 2001 (my copy is the paperback edition published in 2003). On page 246 the below page is reproduced in black and white: 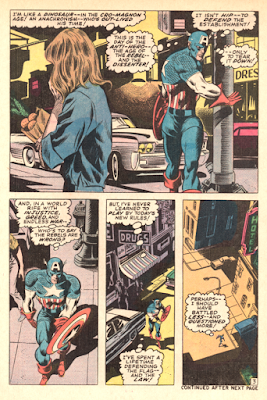 Below is the caption in Comic Book Nation (247):

Wright's thesis is that superheroes, a fascistoid genre if I ever saw one, was leaning towards the left of the political spectre in the early 1970s. What he "forgot" to show was page 5 of the same story. I'll do it for him (you're welcome!): 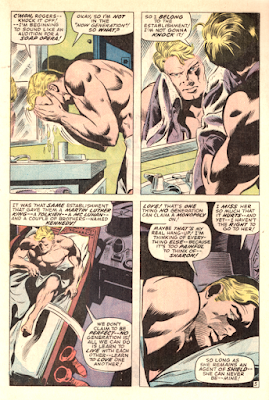 Martin Luther King was spawned by the establishment? Really Mr. Lee?... What this page basically says is: let's stop with this liberal nonsense and go on with our fascist escapism business as usual, shall we?!...

PS As for Mr. Rogers' tastes in literature: no comment!...
Posted by Isabelinho at 2:21 AM