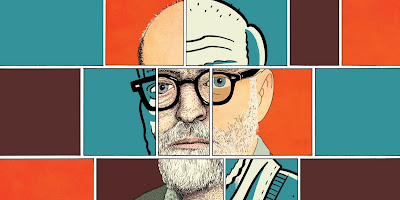 
Daniel Clowes was profiled at the California Sunday Magazine.


I especially liked the ending:

Back when the artist attended Pratt, comics fans were geeks and losers, guys who lived in their moms’ basements and, once a year, trekked out to conventions. “Now people think of graphic novels as the vital art form I thought it was when I first started out,” Clowes says. It’s a good thing, mostly, but also a little bittersweet. With audiences flocking to superhero and sci-fi-themed movies in droves, comic geekdom has been co-opted by the masses. What was once a badge of nerdish honor is the new normal. All of us are comic geeks now — which means, in a way, that none of us are.