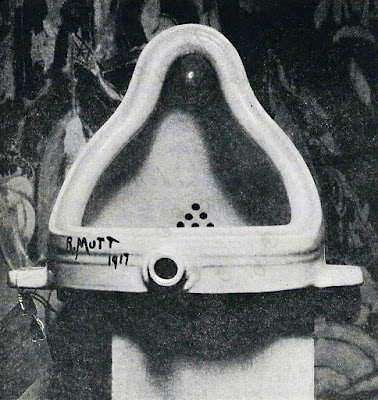 Being completely defeated and tired of preaching in the desert (or, to quote Portugal's greatest writer, preaching to the fish), and don't get me wrong, I highly value all of you, my faithful followers, you know perfectly well who you are, I'm slowly on my way to complete silence and oblivion... That tendency is only thwarted by an occasional remark by one of this blog's readers. This time it was a comment by Marcos Farrajota (who you may know as "Marcos Pellojota" in Bart Beaty's Unpopular Culture, ix) that prompted me to write again.

Intro, or, a brief contextualization:

On my last post I quoted Robert Ito to say that comics and art changed places: the geek comics culture is now the mainstream pop culture while the adult graphic novel (the adjective should not be needed, but I don't want to go there right now...) was left in nowhere land.
We all know the stereotype and Robert Ito does too:

[...] comics fans were geeks and losers, guys who lived in their moms’ basements and, once a year, trekked out to conventions.

While mainstream culture was reading Proust and Dostoyevsky, or, let's say, Hemingway, at least, and admired Picasso, or, let's say, Rembrandt, at least, kids and arrested development afflicted adults were reading Superman. How come, as Ito puts it, "audiences [are now]  flocking to superhero and sci-fi-themed movies in droves"? I've been claiming my explanation for 20 years now: there's a Peter Pan Syndrome Pandemic (or, as Marcos put it, a PPP). Link that to the destruction of the Education System and the Neocon views that put money before people shrinking the State, and, voilá... But, anyway, after my following comment "What about art in this unequal fight between art and kitsch? It retreated into the consumption of the elite and the upper strata of society proving that Capitalism, after all these centuries, turned back and became the Ancien Régime[,]" Marcos asked me (my translation): "you mean art in general, right? because, if we talk about gallery art and Conceptual art, etc... frankly, it's such a PPP that's an embarrassment..."
My answer was, Conceptual Art is all but PPP.

Let me explain why.

The above "work of art" by Marcel Duchamp will, as you can easily see, be 100 years old next year.
Now, compare Picasso's Les demoiselles d'Avignon (1907) with, say, the magnificent (you need to see it in person at the Louvre to believe it) Le sacre de Napoléon (1807) by Jacques-Louis David. 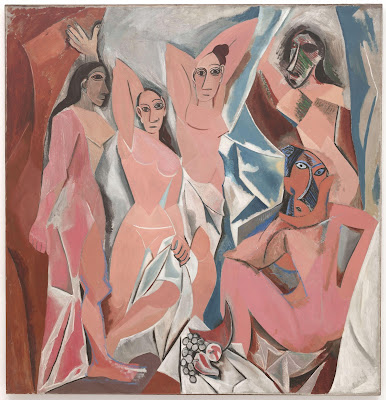 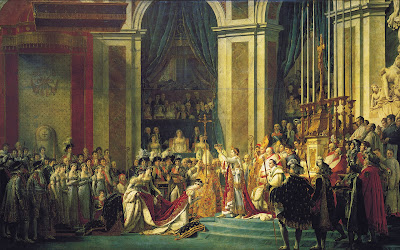 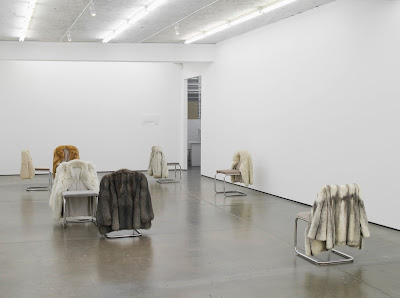 Man, oh man! Marcos is right, what an embarrassment! (We've been doing the same shit for the last 100 years?)
But let us not haste in our opprobrium.

What we see on top of this post, in a photo by Alfred Stieglitz, is, of course, The Fountain, Marcel Duchamp's first readymade. I'm not going to bore you with a lecture about it. Let us just say, because this is a blog about comics, after all, that the pseudo-Mutt who supposedly signed the piece is none other than the Mutt in "Mutt & Jeff," of Bud Fisher's newspaper comic strip fame. (No one saw the irony in Duchamp, a chess player, quoting a cartoonist with a chess player's name, but that's just me trying, and failing miserably, as usual, to be funny - besides, "Fisher" is not exactly "Fischer.") 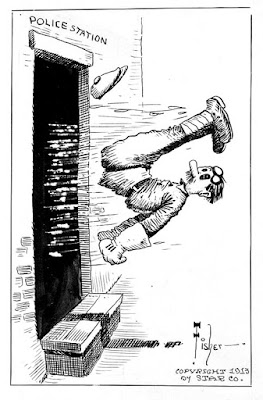 The invention of the readymade was, with Picasso finally ending the slow agony of linear perspective, the most important and revolutionary gesture since, well, the invention of perpective by Alberti, or Caravaggio's introduction of Realism in painting, or Titian and Velasquez showing their brushstrokes. I mean, every time is marked by some significant innovation, but not many last for a century, least of all in our alleged fast changing times.
The paradox is as follows: Dadaism is the last of a few ruptures we now call the avant-garde, but which avant-garde creates a tradition? Isn't this an oxymoron? I think so and that's why Neo-Dadaism (Pop Art) is Postmodern.
The Turner Prize represents, as I see it, the establishment. It's the equivalent of the French Salon when compared to the Salon des Refusés, or something... This means that some Conceptual artists are the equivalent of the Pompier artists of old. 100 years later Duchamp's great great grandsons are the new Academic artists, of course, and I don't need to read Bourdieu to know it. I'll quote him just the same though (The Rules of Art: Genesis and Structure of the Literary Field, Stanford University Press, 150; translation by Susan Emanuel):

Coinciding in the case of avant-garde painters (exhibited by Sonnabend and Templon), biological age and artistic age (of which the best measure would undoubtedly be the era of the appearance of the corresponding style in the relatively autonomous history of painting) can clash in the case of academic followers in all the formerly canonic styles who are exhibited, alongside the most famous painters of the last century, in the galleries of the Right Bank (often situated in the vicinity of luxury stores) such as Drouant and Durand-Ruel, the 'impressionist dealer'. Fossils of another age, these painters who do in the present what was done by the avan-garde of the past (just like forgers, but on their own account) make an art that is not, if one may say so, of their age.

Yup, but let us go now to the "opprobrium" part:

Saying that all Conceptual Art is like that would be to grossly misjudge it. That's the mistake many people do when talking about comics: the couple of comics that I read are crap, ergo all comics are crap.
Let me start with two names: Bruce Nauman and Sophie Calle.

Also, since Paul Cézanne's diatribe against literature in painting (he, or Joachim Gaschet for him, called "literature" to anything that was vaguely narrative or expressionistic) that painters not trying to just explore their means of, dare I say it?, their means of ahem... expression were banned from the avant-garde. It was precisely in the midst of the Conceptual Art movement that Narrative Art was born with Christian Boltansky, Jochen Gerz, Jean Le Gac. All these are hardly PPP Marcos. On the contrary, they're great artists and some have even done great comics mixing photos and text, not text and drawings, but comics in my expanded field nonetheless...

I like Bruce Nauman or Paulo Mendes work, which we can put on the non-PPP-zone (I'm guessing PPP will be a classic in some years next to "bedófilo"), I'm nor arguing that "conceptual art" is PPP... just saying it exists also! You can attact neo-con for destruction of our culture and all that which is true, recently Alan Moore stated how amazed he was because that the biggest movie advent of 2012 was the Avengers! Comparing this fact when decades before people were anxious to see next scandalalous new wave French movie... I just meant there's also PPP in SOME conceptual art when you said that "art runned to elites and high society", well... PPP goes everyplace and every social strata, there's inteligent rich people with hight quality art culture but also total ignorants (wonder what Trump or Putin cultural references may be? what about our Berardo art collector himself?) just like there's "bourgeois" and poor people with good cultural references... and many others not!
Your post was rich in "mindfucking" has usual and good information - didn't knew about the Duchamp "mutt" reference and I'm not putting this in a "factoid" category, don't worry! I'm kinda glad our last post comments instigate you to produce this interesting text. I was getting afraid that we were turning into some kind of "Statler and Waldorf", the 2 old guys from the Muppets Show bragging over everthing, hahahahaha
abraços
M