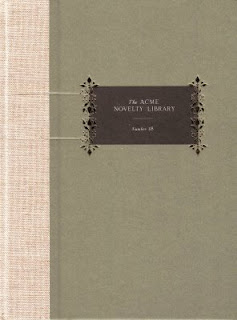 In his panel presentation "A Socio-semiotic Approach to Underground Comix" at ICAF (International Comic Arts Forum: http://www.internationalcomicartsforum.org/) '98 Alvizze Mattozzi wrote the following: "mainstream comics belong to what A. J. Greimas [Greimas, 1976], the french-lithuanian linguist and semiotician, called socio-literature, that is the mass culture version of ethno-literature like myths and legends. Greimas thinks that socio, as ethno-, literature is characterized by three features: - non interference of the narrator; the narrator or any relation with the enunciation level is hidden, so that facts, events, look as they are narrating themselves [;] - lack of, what Greimas called, "semantic codes"; that is the absence of instruction[s] about the use of the text [;] - fixed forms and genres."
Mattozzi compares socio-literary comics to underground comics which, according to him: "tend to give relevance to the enunciation, whereas mainstream comics tend to give relevance to the enunciate." Mass art tends to "be transparent" (hiding its style). The narrator is impersonal (it's the third-person omniscient narrator if one exists at all) and the action is underlined. There's no place for the first-person subjective narrator and, obviously, an intimate confessional mode is totally unacceptable and immediately labeled as "boring" (yes, you may use an Homer Simpson tone while reading the word).
I don't agree with everything of the above (Jack Kirby didn't hid his graphic style, not to mention the "in your face," "rock star" attitude of Image comics). Héctor Germán Oesterheld (see P. S. below, please) used a first-person narrator (Caleb Lee) in "Ticonderoga" (a series of connected short stories beginning in Frontera mensual [frontier monthly] # 1, April, 1957, with drawings by Hugo Pratt at first, Pratt and Gisela Dester, later, and Dester alone at the end: Frontera Extra # 39, February, 1962). The problem of generalizations such as these is that they may not be totally wrong (I, for one, think that this one isn't...), but what happens when we stumble on mass art that doesn't fit the theory? Maybe we prefer to say that it isn't mass art at all rather than to acknowledge that our theory is simply wrong? (Here's the instructive example of critics Lawrence Langer and Elisabeth Hess in denial, as cited by Robert Witek on Imagetext vol 1, # 1, Spring, 2004: http://www.english.ufl.edu/imagetext/archives/v1_1/witek/.)
In one of my last posts I wrote: "the best visual artist isn't someone who just has technical abilities (that's a virtuoso), a great visual artist is someone who uses visual thinking in a remarkable way." By "remarkable" I not only mean "intelligent," I also mean "relevant."
Chris Ware's The ACME Novelty Library # 18 (The ACME Novelty Library, 2007) uses a first-person subjective narrator, the tone of his stories is diaristic, his layouts are very innovative and bold, his narratives belong to no recognizable genre (maybe we could try "Confessionalism," I guess...).
In conclusion: Chris Ware's comics in The ACME Novelty Library # 18 are not mass art. We'll take a closer look at why in our next coda...

Image:
The ACME Novelty Library # 18's cover by Chris Ware. His sobering, austere graphic style seems almost ironic if we put it in the context of the childish, garish, unfortunate, history of comics covers...
PS I must apologize to all the regular followers of The Crib for this long gap. It happened because I dedicated myself lately to file my comics in a database. I started with Editorial Frontera and that's why it hasn't been easy to detach myself from Héctor Germán Oesterheld's (Hugo Pratt's, Arturo del Castillo's, Carlos Roume's, etc...) great creations.
Posted by Isabelinho at 3:57 AM

If time permits, please post more of these very interesting and beautifully drawn hispanophone comix which you have done in the past, such as the Oesterheld, Castillo, etc.!

It is difficult to find such interesting work, with thorough critical comments, in an English setting. The famous hispanophone tradition of good draftsmanship fascinates me! More, more!

OK, Mahendra, that's a promise.
It's a real shame that Argentinian comics aren't as well known as the Japanese and Franco-Belgian traditions. On the other hand what people around the world mostly know about the latter are their industries (i. e.: children's comics like Tintin, etc...), not their art comics.
But, anyway, Randall (which, according to Oesterheld himself, gave Beetle Ringo Starr his nom de drumstick; Randall was published in the UK under the name Ringo), deserves a visit... And there's certainly more: Ernie Pike deserves a second look (with a polemical tone: a comparison with Corto Maltese; and without such shenanigans).
Spanish (Castells, Montesol) and Italian comics (Mattotti, for instance) also deserve to be focused.

In case you didn't know - some of the original art from Acme #18 can be found here: http://www.hammergallery.com/Artists/Ware/ware_chris.htm

And, yes, it's expensive. More expensive than the most expensive Breccias currently available even. And most of them are sold out!

What exactly do you mean by filing your comics in a database? Do you mean that you are cataloging all your comics by subject matter/genre/author/artist/etc.? That would drive me crazy.

Yup! I'm using Collectorz.com and it's a lot of fun because not only do I file the comics, I also read them.
Thanks for the Chris Ware info.
I fought most of my adult life for the recognition as great artists of people like Chris Ware. Now that they're finally getting some of it I can't afford their original art!
:)

Why did you retire. I assume for personal reason's which are none of my business but your voice is sorely missed in American forums where everyone get excited every time some old piece of juvenile crap is reprinted.

If you are asking because of the "semi-retired" comment that I made in my profile, that's a bit ironic... I'm "semi-retired" because the economical crisis prevents the government from giving grants to support a serious magazine about comics like _Quadrado_. Without grants no such mag can survive in a small country like Portugal (or, I suspect, in any other country no matter how big). Even if things are slowly changing regular lit readers, art gallery goers and art film buffs, the "natural" readers of art comics, methinks, still look at this art form with suspicious eyes ("graphic novels" nothwithstanding). Considering the sad history of comics during the 20th century I must say that I don't blame them...
So, we're stuck with juvenile readers and babymen and that kind of public isn't going to spend scheckels in a mag that just reviews the latest Ben Katchor or the latest Pierpont and Lambé (what?, no superdudes?).
As for my (real, this time) "retirement" from the Comics Journal messboard: I just thought that 7 years was enough...